Cuba boasts one of the most impressive theatre scenes in the Caribbean. The venues are as impressive as the shows performed within. Notable examples include Havana’s Gran Teatro, the historic Teatro Principal in Camagüey and beautiful Teatro Tomás Terry in Cienfuegos.

Laugh the night away at Havana’s Teatro Fausto, famous for its comedy shows. Or enjoy a night at the opera – there’s none better than the exceptional Cuban National Opera at the Gran Teatro de la Habana.

For family-friendly entertainment, take in a puppet show at one of the Teatro Guinol children’s theatres found in cities all across the country.

Teatro Principal
Teatro Principal This stunning neoclassical theatre, built in 1850, is the home of the celebrated the Camagüey Ballet. It also regularly hosts theatrical productions and variety shows.

Teatro Tomás Terry
This beautiful theatre located on the north side of Parque José Martí is a wonderful example of Creole architecture. It was erected in 1869 in honour of Tomás Terry, a Venezuelan industrialist.

Havana
Teatro Fausto
Laugh the night away at this theatre famous for its hilarious comedy shows.

Teatro Nacional de Cuba
Catch a touring concert or an ongoing play at this modern theatre.

Gran Teatro de la Habana
See some of the world’s best ballerinas and singers perform on this stage, the home of both the Ballet Español de Cuba

and the Cuban National Opera.

Las Tunas
La Pérgola
Catch a magic show, a stand-up comedian or a theatrical production at this multi-purpose theatre in the city of Las Tunas.

Teatro Tunas
Head to this Las Tunas city venue to watch a movie, see a play or take in a ballet performance.

Pinar del Río
Teatro José Jacinto Milanés
Take in a show at this recently renovated theatre built in 1845, or enjoy a coffee on its Spanish-style outdoor patio.

Villa Clara
Parque Vidal
Parque Vidal Enjoy a performance by the municipal orchestra, which has played here twice a week since 1902. This bustling Santa Clara park was named after Colonel Leoncio Vidal y Caro, who was killed here in 1896. 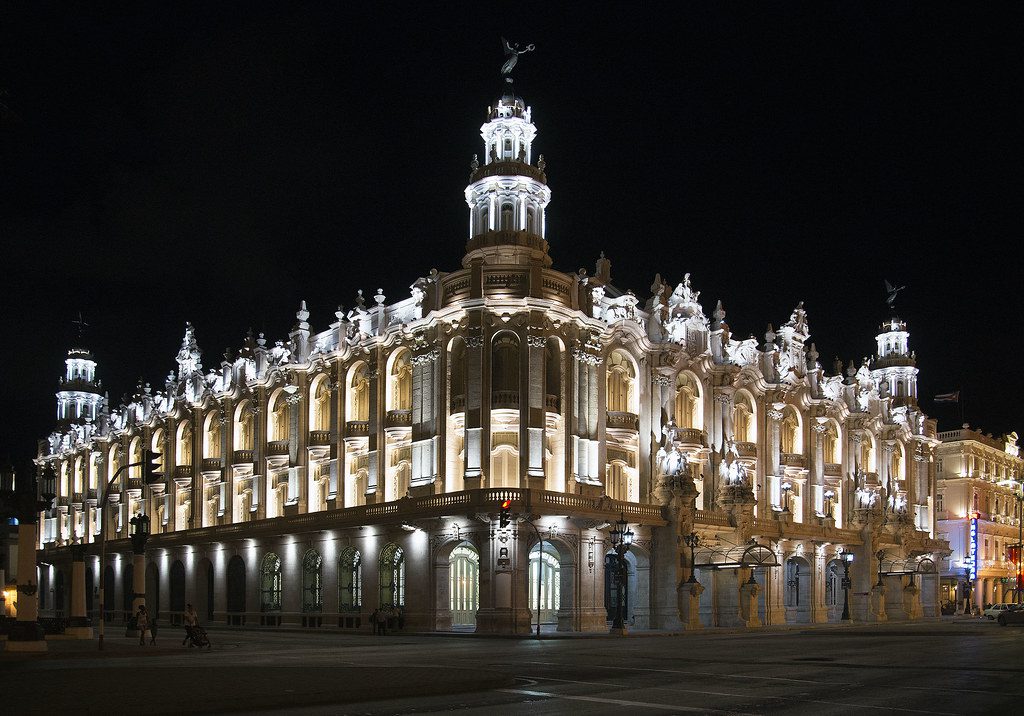