The Escambray Mountains (Spanish: Sierra del Escambray) are a mountain range in the central region of Cuba, in the provinces of Sancti Spíritus, Cienfuegos and Villa Clara.

The Escambray Mountains are located in the south-central region of the island, extending about 80 kilometres (50 mi) from east to west, and 80 kilometres (50 mi) from north to south. Their highest peak, Pico San Juan, rises to 960 m (3,150 ft) above sea level. The Escambray range is divided into two sections by the Agabama River. The western part is called the Guamuhaya Mountains, and the eastern part, raising between Trinidad and Sancti Spiritus, is best known as Sierra de Sancti Spíritus. After Pico San Juan, the highest points are Caballete de Casas, Gavilanes, Loma de Banao, Caja de Agua, and Pico Tuerto.

The Hanabanilla lake is at 364 meters over sea level and averages 40 meters deep. The Hanabanilla Dam is an embankment dam on the Hanabanilla River near the village of El Salto del Hanabanilla in Villa Clara Province, Cuba. The purpose of the dam is to provide water for irrigation and municipal uses and to generate hydroelectric power.

Topes de Collantes is a nature reserve park established in the south-eastern ranges of Escambray Mountains, protecting and showcasing caves, rivers, waterfalls, and canyons. The Valley de los Ingenios is developed at the south-eastern foot of the mountains, and is a UNESCO World Heritage Site.

The mountains were the theatre of the Escambray Rebellion in 1959–1965. It was also a planned refuge during the Bay of Pigs Invasion, however, it was never used as such.

We can tailor make your holiday to include a visit to the Escambray Mountains – So call the Cuba experts free on 0800 270 7644. 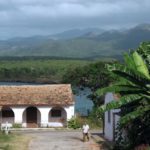 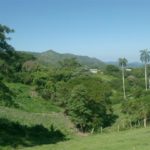