This city has a tropical climate. In comparison to winter, summers have much more rain. Varadero weather on average the annual temperature is 77.7 °F, while the annual rainfall has an average of 60 inch.

The least amount of rain occurs in March. The rainiest months are from May to August.

Temperatures are higher on average in August, around 82 °F at 71 °F on average, January is the coldest month of the year.

Because of its location, Varadero is a quite windy place, which is positive in the hottest months, but should be taken into account in the cool season. In fact, during winter, from mid-November to mid-March, here as elsewhere in the north of Cuba, a cool wind from the United States, the Norte, can blow, accompanied by cloudiness and some rain. In these cases, at night, the temperature can drop to 10/12 °C (50/54 °F).

From June to November, Varadero, like the rest of the Caribbean, can be affected by hurricanes, and in particular, the period when they are most likely runs from August to October. 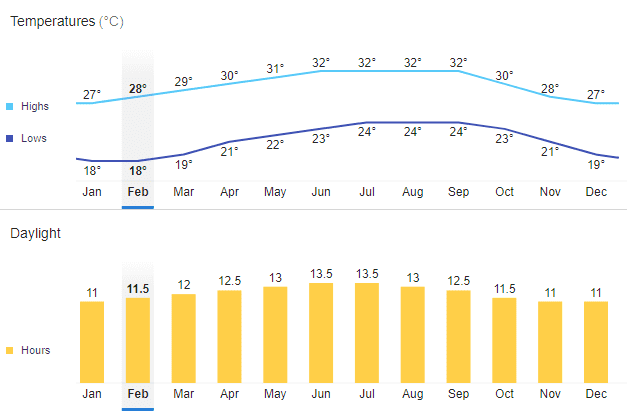