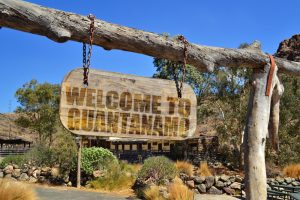 The province of Guantánamo, the easternmost province of Cuba, for around 400 years was an isolated area of the island, which could only be reached by sea. Inside you will find three world heritage sites, which makes it the province with the largest quantity on the island.

Its location has made this province a true natural paradise, as it has exotic virgin beaches such as Playa Duaba, Playa Mapurisí or Playa Maguana; fascinating perfectly preserved natural reserves such as the Parque Nacional Alejandro de Humboldt (Alejandro de Humboldt National Park), Boca de Yumurí or El Yunque; beautiful cities founded since the 16th century by the Spanish, such as the famous colonial town Baracoa and Guantanamo.

On your tour of this province, be sure to visit the old colonial city of Baracoa, the Ciudad Primada. Its splendour makes it one of the most visited, highlighting the sculptural fortifications that protect it (Matachín Fort, La Punta Fort or the Seboruco Castle).

Currently, the communication infrastructure is good in this province, since it has two airports and the Viaducto de La Farola (La Farola Viaduct), an authentic work of Cuban engineering that provides easy access to Guantánamo.

Ask us about visiting the Guantanamo province when you call us free on 0800 270 7644 to book your Cuba Holiday.