The Best Things to do on Holiday to Havana, Cuba

Cuba is a travel destination like no other, and its capital city of Havana is the beating heart of the country. The city is like stepping back in time, with ancient architecture and old-fashioned lifestyles. Cuba is still a communist country and it can be a mind-boggling place to visit, but there is a certain charm and certainly a uniqueness about visiting the country. If you’re heading to Cuba on holiday then you’re almost certain to be spending a bit of time in Havana. In this article, we’ll introduce you to some of the best ways to experience the delights of the city.

The UNESCO-listed old part of the city is scattered with incredible attractions and a great way to spend a day or two of your trip to Cuba is to simply wander the charming streets to see what you can find. Classical architecture such as the Catedral de San Cristobal and the imposing Castillo de la Real Fuerza are interspersed with busy public squares and ornate former palaces. The entire quarter buzzes with activity and wandering around the area is a great way to understand the real Havana. If you get hungry during your exploring then the best place to head is to La Bodeguita del Medio. This famous restaurant is one of the city’s most famous tourist attractions, reportedly once frequented by Ernest Hemingway. It also claims to be the inventor of the mojito – we’ll leave it to you to try one and decide for yourself. 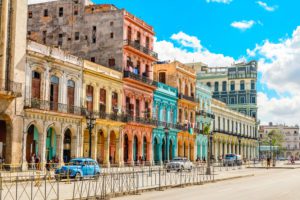 Dine at a Paladar

Paladars are a uniquely Cuban enterprise and a must-try for anyone visiting Havana on holiday. A paladar is an independent, state-sanctioned restaurant, but the quirk is that they operate within the home of a family. They are very small and must serve only rustic, authentic Cuban food. Paladars are dotted all over the city, and some of the best ones often have a long wait, so ensure you get a reservation. Being a family affair, paladars are very personal and you’ll get to chat to the owner over a glass of rum or a cigar if you pick one of the good ones. It doesn’t get much more cultural in Havana, and you’ll regret it if you travel to the city and don’t try a paladar.

Take a ride in an old car

It is perhaps Cuba’s biggest cliché, but it is absolutely true that the majority of cars in Cuba are old classics. Thanks to decades of trade embargoes from the United States, new cars were for a long time impossible to source in the country. Things have changed slightly in recent years, but you’ll still be able to see 1950s Buicks, Fords, Chevrolets and all sorts of other makes and models winding through the city streets. And one of the best ways to explore the city is to take a ride in one of these cars for yourself. There are many operators in the city, offering tours that vary in length between one hour or ten and you can choose from a variety of convertible or hardtop cars for your ride. A classic car tour of Havana is a great way to see the city sights, whilst also enjoying a ride in a rare classic car, the perfect day for a petrol head.

Wander along the Malecon

Havana is a coastal city and one of the best ways to explore is to take a wander along the waterfront Malecon. This 8km sea wall runs all the way along the seafront and is a great way to spot some of the classic Art Deco architecture and to meet the local fishermen. The Malecon comes alive after dark, being the centre of Havana’s nightlife, and it’s a lovely place to watch the sunset in the early evening. Recent Cuban reforms to allow some expansion of capitalism in the country has seen new businesses springing up along this popular part of Havana, so there is always somewhere new to visit. 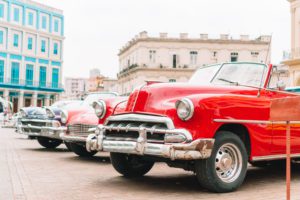 The name is quite a mouthful, so thankfully the locals know it simply as El Morro. Standing tall and proud at the entrance to the Bay of Havana, this impressive fortress has protected the city from pirates since the 16th century. Years of renovation have kept El Morro looking as good as new, but the basic layout of the site has remained unchanged since its original construction. Visitors to the fortress can climb to the top of the ramparts for stunning views over the ocean and the city itself.

Havana is completely different to any other capital city. A step back in time, the city offers a fascinating insight into this unusual country, with a host of things to see and experiences to uncover. From riding in a classic car to tucking into delicious food with the locals, no Cuba holiday would be complete without a stopover in this enigmatic capital.