We want to make sure you get the most out of your holiday in stunning Varadero and the Mantanzas Region of Cuba. So we have put together our Varadero Holiday guide. With a few pages telling you all about the region’s history, medical facilities, trips, beaches and more! Just follow the links on the right-hand side of our web page!

Divided by the mouth of the San Juan and Yumurí rivers 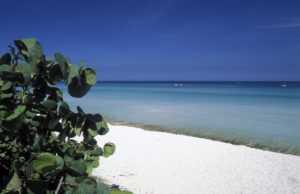 into three sections commonly called Matanzas, Pueblo Nuevo and Versalles, the Overseas City, founded on October 12, 1693, under the name San Carlos and San Severino de Matanzas, is recognised under several nicknames: “The Sleeping Beauty”, by the nearness of the Bread of Matanzas, an elevation that resembles a woman asleep; “The Cuban Venice” for its numerous bridges; or “the Athens of Cuba”, for its cultural and economic splendour since the late eighteenth century, in particular the profusion of poets and artists.

Visitors investigate between truths and legends to learn about the act of Aboriginal rebellion that Fray Bartolome of Las Casas included in his chronicles. In 1510 caused the shipwreck and death of Spanish conquerors in the bay that adopted the name of Matanzas (“slaughter “).

Since then, the city’s jurisdiction has varied greatly and its limits (1847, 1851, 1878) and the stability in the construction of the bridges connecting the different points and other buildings.

The Yumurina city received the benefits of the introduction of the printing press when the first newspaper, Diario de Matanzas, was inaugurated in the 1930s, beginning what is considered the Golden Age of Matanzas. It is the time of the verses and theatrical essays of Heredia, of the promotion of the local culture by Domingo del Monte, Plácido, José Jacinto Milanés, Juan Francisco Manzano and Felix Tanco, among others.

Spanish Sebastián de Ocampo discovered the Peninsula of Hicacos in 1508 during an exploration trip led by him. Then in the sixteenth century, the place became a salt marsh and saline, dismantling its forests in a short time. The first constructions for recreational purposes date from the end of the 19th century,

In 1915 the first hotel of the peninsula was built, called “Varadero” and later “Club Náutico”. The triumph of the Revolution in 1959 not only marks the nationalisation of the tourist industry, but it also changes completely the conception of tourism in Varadero, which had been purely exclusive until that moment.

La Playa Azul has a more recent history since on its coasts, and there were three landings during the wars of independence, one in 1884 and another two in 1886. Of this last year, the most important was led by General Enrique Collazo and aimed to transport weapons for the independent soldiers.

The City of Bridges inscribes the Cienaga de Zapata in Cuba‘s history due to the 1961 Bahia de Cochinos, repulsed and annihilated in less than 72 hours by the Cuban militias (Victory of Girón Beach).